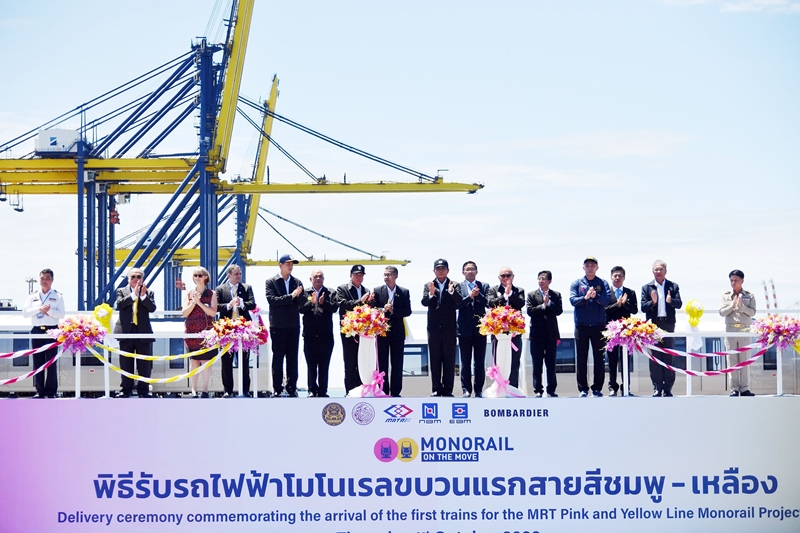 As feeder of primary mass transport system, the Pink Line Monorail Project, Khae Rai – Minburi section and the Yellow Line Monorail Project, Lat Phrao – Samrong section, are expected to commence full operation in 2023. For the first phase of service, 4-car trains will be capable of transporting approximately 17,000 passengers per hour per direction and they can be extended up to 7 cars per train for transporting approximately 28,000 passengers per hour per direction in the next phase.

The Yellow Line Monorail Project, Lat Phrao – Samrong section, covers a total distance of 30.4 kilometers with 23 stations. The line starts at the intersection of Ratachadapisek and Lat Phrao road and terminated at Thepha Rak Road. The Yellow Line connects 4 interchanges namely the MRT Blue Line at Ratchada station; the Airport Rail Link at Pattanakan station; the Orange Line at Yaek Lamsalee station; and the Green Line at Samrong station. Its Park and Ride Building and depot are located adjacent to Si Iam station. 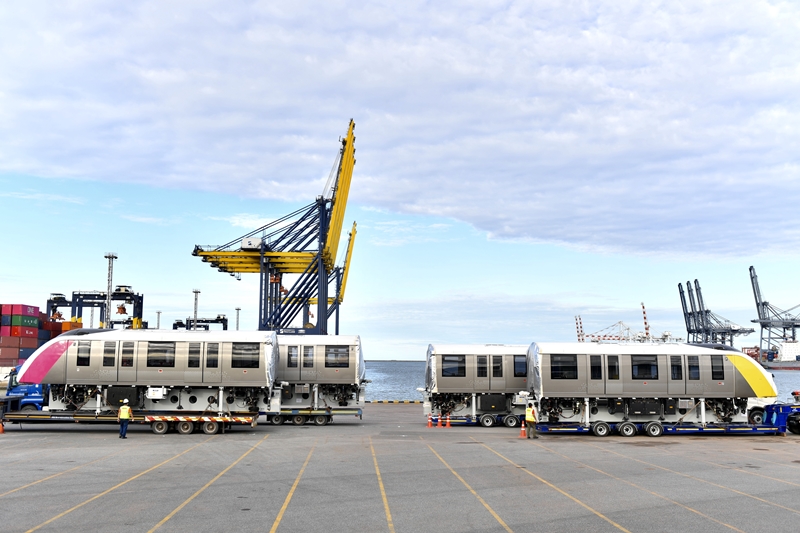